I think we all have a soundtrack to our lives.  Those songs that evoke all the memories, all the feelings, passions and failings we’ve been through.  If that’s true, the soundtrack to  encapsulate me, Laurie, aged 15 – 20 would probably be the ‘Gold’ album (so far, anyway).  A double album (obviously) crammed with 90s hits and misses, each of which left a huge mark on my soul – each of which will still bring me right back to a place, a time, when they happen to come on the radio.  Pulp, Blur, The Divine Comedy, The Cardigans, U2, Ash, Nirvana, Alanis Morissette…  Then there were The Cranberries.

Earlier today there was a bit of battle via ‘What’s App’ between the siblings – the younger ones arguing; “Yeah, they were good but what’s with all the fuss?”; the more senior siblings arguing;  “Get thee a life – if you’d been there when they were there, you’d know all about it”.

I was sitting on a mini-bus on the way to a basketball match when I first heard The Cranberries – you only remember musical moments in that way when they’re explosive.  Our point guard Lisa had the album on tape – Everybody Else Is Doing It, So Why Cant We?  This Irish band, headed by an Irish girl, speaking just like we spoke, using this language of youth – it fundamentally kicked ass on the first listen:

So why were you holding her hand?
Is that the way we stand?
Were you lying all the time?
Was it just a game to you?
But I’m in so deep
You know I’m such a fool for you
You’ve got me wrapped around your finger
Do you have to let it linger?

(from the song Linger)

And from there it went on.  I remember the buzz on the dance floor when the DJ played them, the anticipation of their next albums There’s No Need To Argue and To The Faithful Departed.  Because it was that time in my life when music was important.  It tends to utterly infiltrate the lives of most teenagers – making sense of things, accenting the fun times and soothing the bad.  The first time I heard the song Zombie it rang in my head all day – my sister Linda and I had heard it on the Network Two morning music show that did a weekly chart countdown and all day we kept humming it and singing it, trying to keep it in our minds until we might next hear it on the radio by some happy chance – it was that good.  They were that good.

(from the song When You’re Gone)

Music is a business, bands and artists come and go – only those that make a real connection with real people can hope to live on in our psyche, to linger…  It’s that connection – the dream of artists – that’s the trick, the immortality bit.  The part where you move from being a star to being, well, someone like Dolores O’Riordan.

The Cranberries officially had it all – worldwide chart and financial success.  So OK, there’ll be some people out there saying – “Really?  That big a deal?”.  And that’s alright.  I hope, for their sakes, they have their own soundtracks to their own lives and that they hear songs every now and again that lift their hearts and minds – jolt them backwards or sideways – slap them in the face.  For me, The Cranberries are that band and I owe them a huge debt of gratitude.

Dear Dolores,  I loved your voice and dancing to your songs made me so joyous.  I remember seeing you on the Late Late Show and thinking how cool and sophisticated and fresh you were.  I thought it amazing that this girl from Limerick could be a song writer and rock star.  And in a world of male voices (however great), where the vast majority of rock band singers have balls – thanks for being the ballsiest of them all.  I wish you absolute peace wherever you now are, X 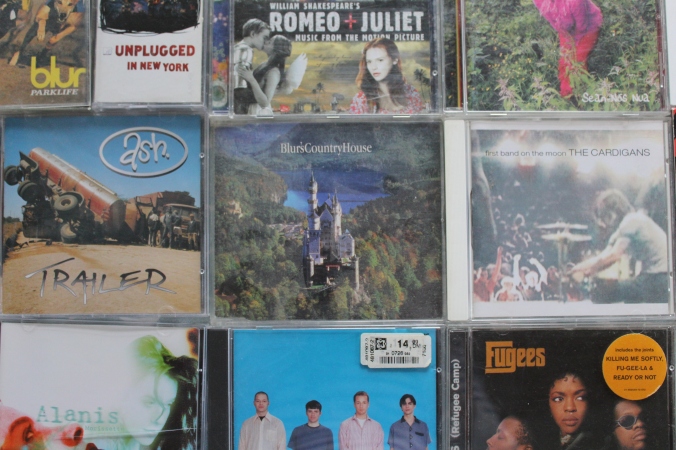 Soundtrack of my youth…  Please email me if you have any of my Cranberries albums!

2 thoughts on “Then There Were The Cranberries”