Did something happen to Autumn?  I mean, was it always this gorgeous or has something changed either in me or the climate to make it appear so lush and alive and colourful?  I had a lovely holiday one Autumn up around Maine and Vermont during ‘Leaf-Peeping’ season.  No, I’m not going crazy, this happens!  New England attracts hoards of Leaf-Peeping Toms who view and photograph ‘Fall’ foliage (as they would say in the States) and this is an extremely popular pastime.  Take my word for it!  (You might want to write this down Failte Ireland – could be quite the money-spinner).  The thing is, I don’t recall Ireland being noted for its Autumns – and yet this past season has been the tonic we needed after a bit of a damp squib of a Summer. 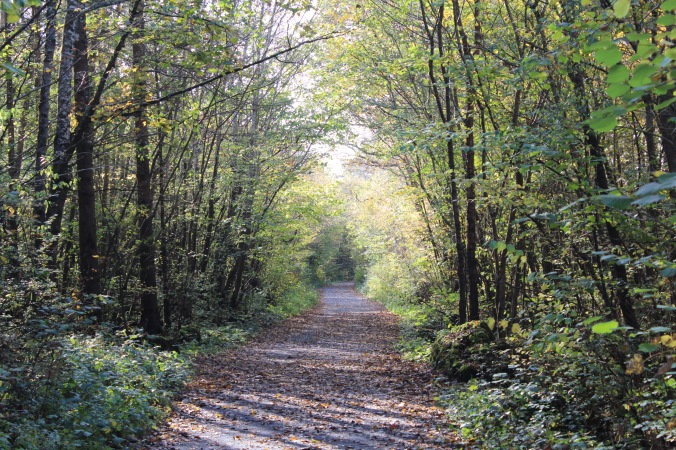 Right at the end of October we took a spin over a well-worn path to Coole Park, just outside Gort in County Galway – about 25 minutes away.  Alan took the small boy, and the dog, and I took baby girl for a good old ramble around the ancient estate which was once home to Lady Gregory.  The co-founder of The Abbey Theatre would often play host to some of Ireland’s most noted writers – WB Yeats, George Bernard Shaw and Sean O’Casey – who, amongst others, carved their initials on the famous Autograph Tree – a copper beech tree which still stands today in the beautiful walled garden.

So we went along for our last leaf-peeping fix of the year and it was wonderful.  It’s a magical place on many levels – the site of the grand house, which you can imagine was once adored by so many of Lady Gregory’s friends who received a warm welcome when they came to stay; the beautiful shore of Coole Lough, a turlough which fills and empties via a series of swallow holes; the magical walking trails, dotted with stones of poetry inspired generations ago by the same beauty we get to enjoy today. 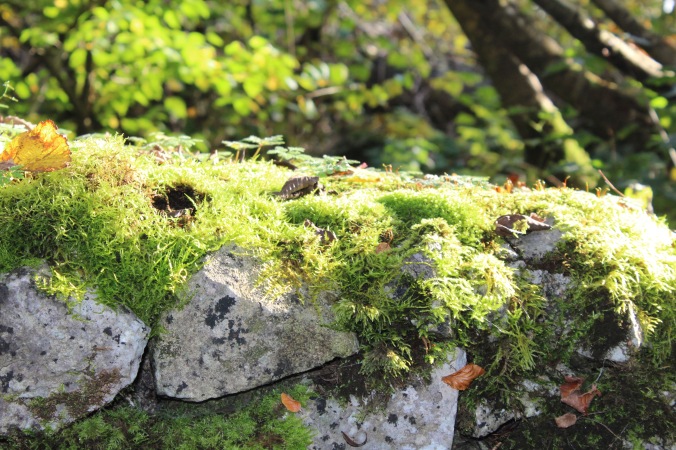 The thing is, and it’s all a bit ironic really, that being really hectic with small children also makes you slow right down.  So while I would always have enjoyed a walk at Coole, pointing out trees and listening to the ‘birdies’ and actually stopping to kick leaves and jump in puddles, makes you appreciate it all the more.  You might not walk as far but you definitely see a little further.

It wasn’t perfect…  The small man had a melt-down, most likely due to hunger, and demanded that I trail after himself and his father by AT LEAST 100 paces.  I need to become the kind of mother that remembers to carry ‘snacks’ at all times.  Anyway, we won’t dwell on that.  We learnt our lesson and said a fond farewell to Autumn 2016.  It made the Summer stretch a little longer and the jump to Christmas appear a little shorter – it was a very pure pleasure. 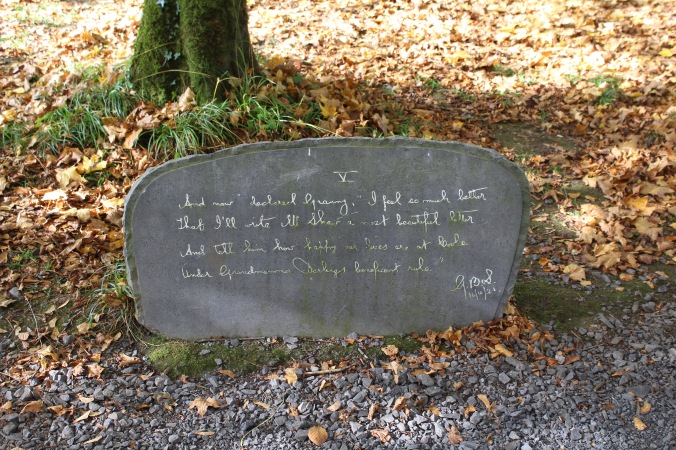 2 thoughts on “Last Leaf-Peeping Fix of the Year”