There really are few things in life which allow you to create, labour over and share something that nourishes the mind, belly & soul.  Baking does just that.  It’s full of love, full of indulgence and its something most anybody can at least attempt to do (get a recipe, follow the recipe).

A generous proportion of some of my closest relationships are down to my friends’ fantastic baking skills – their respective chocolate cake, lemon meringue pie and lemon squares.  Oh they know who they are!  Other bakes are part of my very fibre – my mother’s apple crumble, bakewell tart, her amazing coffee cake…  She recently randomly made Millionaire Squares.  It’s Death-Row-Last-Meal-Dessert stuff.  I would die happy.  My grandmother’s bread pudding was legendary – she would mix it in the sink basin (also used to wash my uncles’  delicates – an essence nobody will ever recapture), bake it to death and serve it cold.  One sustained my father for a week when he moved to London as a young man.  It was absolutely delicious, and I’m working on recreating it.  My mother-in-law is a wonderful baker – she made our wedding cake, our babies’ christening cakes.  I think her scones might just be capable of saving lives.

Replicating a legendary bread pudding – it went down well! 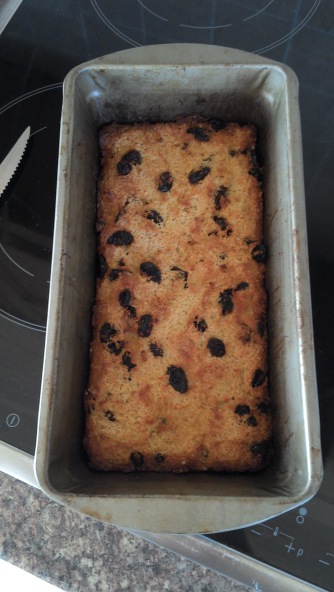 I’ve always liked to do a bit of baking and I find that when I’m mostly at home all day, it can actually be a very pleasant way to wind down – a bit of a creative outlet, just for me, but something all the family can genuinely enjoy.  Very satisfying for any Mama.  I also try to be a bit healthier – oils instead of butters, fruits / syrups instead of sugar, some sneaky bran or wholemeal flour instead of just white stuff.  I do my best.  Recently we put down one of those awful days when nobody got to leave the house, everyone was cranky and at least 50% of the household was teething.  Late in the evening things settled down and I started baking, which my husband declared ‘madness’, and it kind of was.  But it made me feel better because at least I had one thing to show for my day… and something to comfort eat – bonus!

My son’s first birthday was an opportunity to shine.  A couple of my friends are incredible birthday cake makers.  According to the whims of their offspring they can whip up masterpieces that – honestly – would leave many professional in the dust.  I was inspired.  Turning just one year old, he had no expectations and I could ease myself into this new family tradition slowly by attempting something straightforward.  A classic sponge baked in a ‘Happy Birthday’ mould – perfect for a small gathering of family and friends.  Murphy’s law, the one day my baking was going to come under the spotlight it all went a bit pear-shaped.  The cake stuck to the mould and by the time I managed to prize it out – in two parts, at about 1am – it looked pretty awful.  I was unperturbed (and strapped for time) so I went to bed consoling myself with the fact that a dusting of icing sugar on the top would be sufficiently forgiving.  That and sticking the now-in-two-pieces cake together with jam and cream.  Eek!

Next morning, I was up early to roast a chicken for sandwiches.  You got it – I had stashed the cake in the oven overnight and by the time I remembered, the oven had been heating for at least 20 minutes.  Double eek!  “Merciful hour!”  (OK, I lie.  I said something alot worse, but it’s not for repeating).  My twice-baked, dried-out, jagged-edged cake was on the verge, as was I.  But what’s a girl to do?  I pimped it up, the guests said it tasted better than grand (there was wine) and overall I was very proud to have made my little man’s first birthday cake. It was quite emotional really (see above re wine). 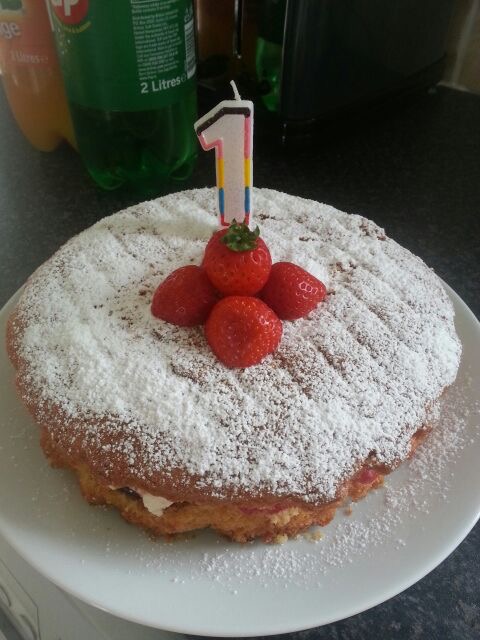 Slightly squint your eyes and it looks great!

Some pals and I were once part of a Bake Club.  For almost two years we would gather in the local pub, bringing along our bakes which were made according to a pre-decided theme.  We laughed, we talked, we shared cake (actually, we shared cake with the entire pub).  It was pretty serious.  It was fun!

I’ll be honest.  My first birthday cake attempt wouldn’t have rated well – but really, when you make something from the heart, at home, it’s never going to taste all that bad.  Something that’s home-baked is intrinsically delicious.  It just is.  And wastage is minimal – cake rarely gets left behind.  As my mother says her mother would always say following baking flops and disasters; ‘Sure, it’ll be eaten anyway’. 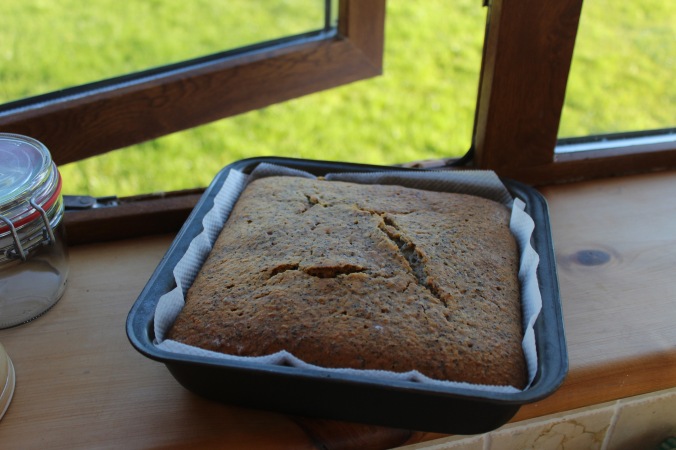 Here are two of my favourite recipes if you fancy giving them a whirl (click on the cake name to open the recipe link):

Rachel Allen’s 30-Day Muffins.  The mixture lasts for 30 days in the fridge so you can produce small batches of fresh muffins at the drop of a baker’s hat.  Substitute the dates and raisins with cranberries, prunes, whatever you fancy.

Queen Nigella’s Gingerbread with Lemon Icing.  Usually I love Nigella’s books purely for their beautiful photography and her superb writing, but this is truly straightforward and very delicious.  Worth a go.

(As a total aside, for the first birthday party I had made enough sandwiches for 40, while numbers realistically were never going to go above 10.  So we had a feast of sandwiches available in the fridge for the entire weekend.  In need of a snack?  Sandwich!  Not sure what to have for dinner?  Sandwich!  Impromptu picnic?  Sandwich!  They went a bit stale-y, but otherwise, if you’re willing to put in the prep, it’s an easy-peasy way to hassle-free meals for an entire weekend.  You’re welcome!).

One thought on “Something to Comfort Eat”