Let’s face it, it is ha-ard to get out the door with little ones.  But most weekends, we do our best to do something that makes us feel like half-normal human beings.  While the generation before of us sensibly viewed going anywhere with little ones as insanity, and duly stayed put, we’re a different tribe.  We’re a generation that likes to get out.  At the weekends, we like to drink coffee and carouse around.  And when the babies come along, well, we continue to do all this brunching business while convincing ourselves that it’s working and we’re enjoying it.  Straw-grasping comes to mind…  but there’s no going back.

So I had heard about an International Arts Festival just for kids happening in Galway – Baboró – and immediately thought; “That’s for us”.  My husband is a tad more balanced; “Seriously?  They’re aged 2 and 6 months.  Can we whoa the pony on the culture-ramming please?”, but I was determined.  “Good Mamas do this kind of thing – trust me”. 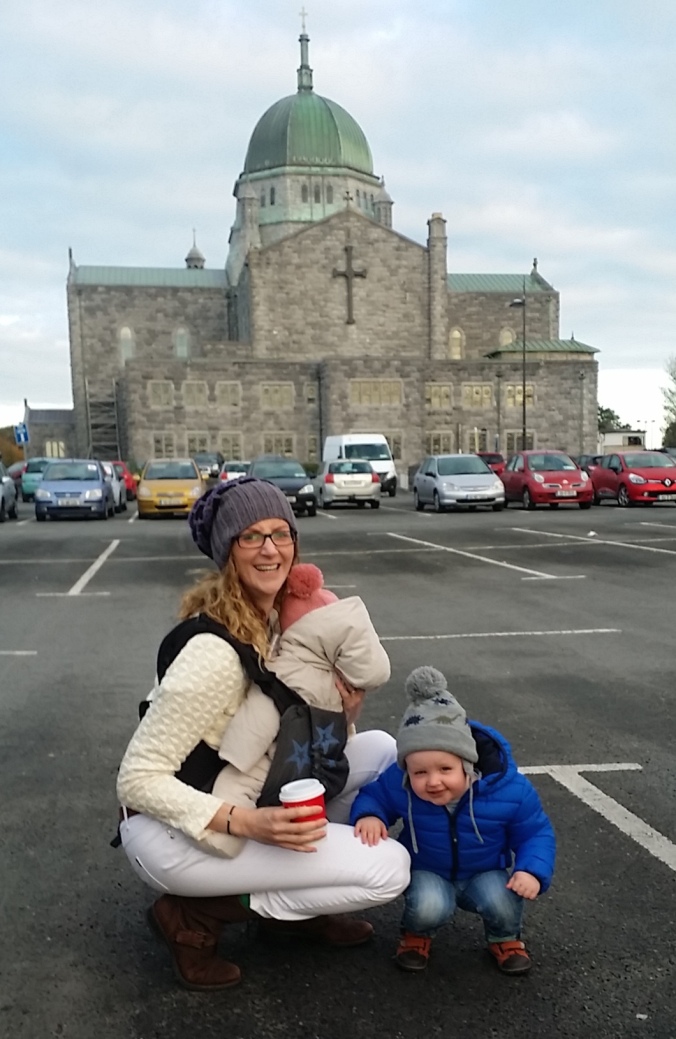 Pre-Whoosh!  I’m the stereotype – coffee-holding, baby-wearing, culture-pushing Mama.  But I’m glad I have the gift of enjoying all things Artsy

I booked tickets to ‘Whoosh!’, a non-verbal, musical performance aimed at pre-schoolers and toddlers, at a nap-friendly time on a Sunday.  Brilliant.  At the Nuns Island Theatre, everyone was invited to take off shoes and jackets before entering the performance space.  The helpers at the event were obviously pros at managing little people – they were extremely patient as this process took about 40 minutes.  Honest to God!  Toddlers are a baffling law unto themselves.  Once everyone was ready (we’ll call 80% everyone) it was announced that we could now make our way into the theatre.  Tots were encouraged to sit up at the front.  Oh – and this performance would be a silent one, so if everyone could be quiet throughout the performance, that would be great.  Thank you.

I must admit, I immediately took this to be a joke and snorted loudly to show I got it.  I doth snort too soon – they were very serious.  One lady with a particularly cranky three year old actually looked like she might cry.  We had all assumed this performance would include our toddlers climbing on stage, running rampant and, well, being toddlers.  In fairness, once all had realised this request for silence was a reality you could feel the energy being mustered to give it a lash.  One look around the room left nobody in any doubt but that every other adult was as harried as themselves, every child as unpredictable as their own, and no human being could have faced into the coats / shoes-on charade that leaving now would inevitably mean.

Becoming a mother has made me into such an eejit that I actually had a tear in my eye when the two-year-old sat up at the front.  He did this with my husband sitting right behind him mind, but he’s a shy soul, so it was a feat.  There was no platform in this tiny space – the stage began where the audience ended.  The 3-person performance started with a graceful woman coming on stage and gently moving, swaying, waving.  Next came breathy, whispery-like ‘whooshing’ noises.  It developed with the sound of a clarinet, then a french horn, a flute, a tuba, a trumpet – the sounds began as single notes, grew to melodies, then to woven, harmonising tunes.  The sounds were at different times unexpected, joyful, melancholy – the airs were like characters; happy, sad.  The show was enrapturing.

You could hear a pin drop.

How we had all underestimated these wonderful mini-people and the effect something so beautiful could have on them.

Looking at Baboró, I’m guessing I’m their perfect target demographic – the kind of mother who feels her children ought to, and would only love to, have culture in their lives.  I say this with a hint of self-deprecation because as well as a genuine interest that my children enjoy all that the Arts has to offer, we are lucky enough to have a few bob to spend on festival tickets now and again.  If our kids ever want to learn piano or dance we’ll most likely be able to stretch.  My husband and I will encourage it and foster it because it was encouraged and fostered in us by our parents.  This, in itself, is a massive gift and one that I don’t underestimate.  ‘Artsy stuff’ remains a tad exclusive and elusive.  Some kids have trouble getting support to be at school, they might rarely be told that they are good people who can do anything.  It might be argued then that appreciating Beethoven or seeing a play is not top of the list, but it should still figure – this should not be the terrain of certain, more privileged sections of society, because pieces of art are there for everyone.  It’s practically a human right!  They are slices of beauty to be enjoyed by all.  The Arts need to be supported – it also needs to be shared.

“Find a beautiful piece of art. If you fall in love with Van Gogh or Matisse or John Oliver Killens, or if you fall in love with the music of Coltrane, the music of Aretha Franklin, or the music of Chopin – find some beautiful art and admire it, and realise that that was created by human beings just like you, no more human, no less… You will be able to go around the world, learning languages, speaking to everybody, because no one can be more human than you or be less human. They can be meaner or crueler, or sweeter or prettier, younger, richer, but they can’t be more human than you. Remember that.” — Maya Angelou

Thank you Baboró!  A little culture and nourishment for the soul went further than we imagined on this particular day in Galway. 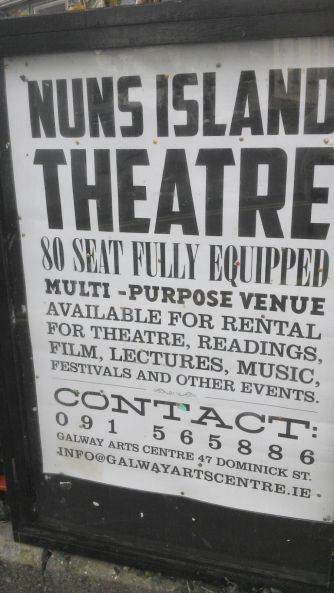