Oooooh – well, it was just what I needed in the run-up to Christmas.  A royal engagement, a fairytale in the making – a little bit of Markle Sparkle!  And today, they wed.  Ooh la la.

As soon as the news was out my BFF messaged me to gauge excitement levels.  Were we all agreed?  Did we likeie?  A girls-only group had watched Wills and Kate tie the knot back in the day, thoroughly enjoying the occasion.  I had to be honest, before the ring I was pretty ‘Meh’ about Markle.  I hadn’t watched her hit show ‘Suits’ and an annoying article about her ’15 minute daily beauty routine’ (supplemented by weekly facials and face-saunas (I know – you heard it here, well, most probably third)) almost severed our relationship for good.  However.  That announcement in front of Kensington Palace, their interview, the ring, those official engagement photocell and all the spottings (and hats) since…  What’s not to likeie?  Having gotten to know her – and by ‘know her’ I mean some snatched moments flicking through Hello along with some mild stalking on the Daily Mail’s Celebrity Goss app – well, maybe Harry’s not the only one in love.

And what’s not to love about a royal wedding?  Although I wasn’t even four years old I can distinctly remember watching highlights of Charles and Diana’s big day (incidentally I also remember asking my mother if her and Dad’s nuptials had been similarly covered… you have to admire the egalitarian nature of a three year old’s thinking).  I watched Prince Andrew & Fergie tie the knot, aged eight, with my Granny – a big fan of the royals – where we both agreed Prince Edward was by far the handsomest of the three brothers.  But it’s been the most fun watching my contemporary(ish) royals take the plunge.  And maybe that’s because it’s all a bit of a leveller – for better or worse, marriage is all about the best of intentions meeting the challenges of royal/real life.  You can but start as you mean to continue and hope your relationship lasts the pace.

And that pace will be pretty fast for Meghan.  She’s already been baptised, shelved a successful acting career FOR-EVER, will become a British Citizen, reside in Britain and take on the title of Her Royal Highness.  I mean, with the exception of the last encumbrance (for the record, I feel I could bear the title of HRH nobly) it’s a monumental commitment.  And that’s without even mentioning the dreaded paparazzi…  While most little girls dream of becoming a Princess, how many of us would wish for it in our real everyday lives?  I’m really not that sure that Miss Markle knows fully what she’s letting herself in for.  But can anyone?  Everyone’s load is their own and as millions tune in to watch and witness the ‘I dos’, most will genuinely wish this in-love couple well on their journey as husband and wife.  ‘Cos no marriage is a fairytale.

Today we’ll all be dying to see the wedding dress, the bridesmaids (padded or un-padded?), that first moment Harry gets a glimpse of Meghan walking up the aisle.  Rumour has it the cake will be lemon and elderflower, they’ll need to at least match Will and Kate’s double kiss on the balcony and could there possibly be the teeniest tiniest chance of a Markle family brawl (we can but hope – they’ve shown form)?  I mean, so much to look forward to.  And we don’t even need to get dolled up!  While poor Kate pours her post-natal self into spanx and pumps furiously in the lead-up to the ceremony to get a few hours grace from Baby Louis, we can sit back and relax, gorging on drone-shots of Windsor Castle and allowing our TV commentators of choice to dissect and discuss the guests’ style or lack there of.  Pass the popcorn please!

Really, it’s just like attending a pal’s do – just on speed, via video-link, in the comfort of tracksuit pants.

They say every bride is a Princess on their big day, but I don’t buy that.  This, folks, is the real deal and that’s why we’ll all be glued.  You’re a braver woman than I Meghan, but I most certainly wish you and Harry your fairytale ending and much happiness in-between.  For the day that’s in it, who wouldn’t? 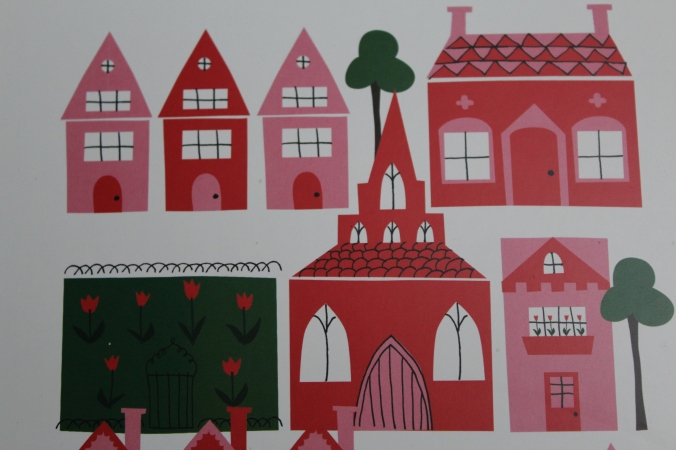 2 thoughts on “A Little Bit Of Markle Sparkle”