Time is a trickster.  It is flying and standing still, all at once.

I know – Christmas is always busy.  But this year it had been driving my mind bezerk. And I obviously had all the signs of it too.  I mean, you know you’re a hot mess when the person working the till at Aldi tells you kindly to slow down, it’s OK.

It would appear I live in two time zones.  One very slow one, where time crawls by – particularly those hours spent playing ‘Guess Who’ with a child who can neither meaningfully decipher facial features nor read names.  And a second super-fast one, where a night’s sleep feels like a mere hour.

The fun starts when the two zones clash.  Your mind is racing, stressing you’re already ten minutes late for an appointment that will take 20 minutes to get to – while you need to slowly and calmly talk the two-year old down from insisting she hold the car keys in her fist.  It’s a constant rush to get things done at a snail’s pace when you have under 5s in your life.  Like a glitch in their wiring, their sense of urgency is skewed in favour of the ridiculous – like getting toast NOW – rather than, oh I don’t know, crossing the road before the green man turns red and it’s a bloodbath.

It’s not helping that the four month has taken up permanent residence in my arms.  All day.  Every day.  She’s fairing well at night, she’s a jolly bundle of pure joy… but napping?  Not her thing.  It’s limiting, to say the least.

At this time of year, no matter how much you simplify Christmas, there’s stuff to get done.  And so my mind whirrs at a rate of knots going through my ‘to do list’ and fantasising about what I would be getting done if I didn’t have to operate in slow motion and gently rock or play or explain something to small people… again.  And again.  And again.  This inability to ‘get stuff done’ is one of the single most difficult elements to come to terms with in my day job.  I find it hard to shake society’s expectation that productivity and progress be measured in ‘doing’.  Have you achieved your goals?  What have you achieved today?  Going on that basis, being at home all day can leave you with an empty hole where your ego used to be.  In theory, it feels like you should have things sorted.  You’ve got so much time!  You have the entire day – how hard can it be?  But ‘doing’ is the hardest part.  Your time is the one thing small people demand – they suck it up, steal it, monopolise it – until time’s up and nothing’s gotten done.

On a good day, this inability to make any tangible progress makes me twitch.  On a bad day, well, I obviously have all the signs of being a frenzied mess (the caffeine-shakes don’t help) and Aldi dude could see it a mile off.

In a small clear-out for Christmas I managed to wash and pack away a few baby things.  The small one has already grown out of the tiniest of clothes, the moses basket…  And I find that sad, the letting go of each stage.  It’s wonderful that there’s progress – I mean, without realising it the long days and nights of ‘doing nothing’ had actually achieved alot and brought her to the next baby stage.  But time had crept up on me without realising it.  My other half was in the kitchen and I went there in search of a hug, to share and unburden my sadness.  He agreed that special time had gone in the blink of an eye.  We had thought we were caught in a time warp, when really, time was flying.

It’s the oldest cliché there is when it comes to parenting.

So my pre-Christmas ‘to do list’ didn’t get completed.  Surprise!  But now I’m thinking not all the decorations need to be up, we can always run out to the shop if we eat all the food, and the house doesn’t need to be in perfect order.  Life shows us that all the ‘stuff’ gets done in the end anyway – the important thing is to enjoy the time we have and spend it as well as we can.  Even when you happen to live with time-swallowing toddlers. Now that would be progress!

Have a wonderful Christmas time everyone, X 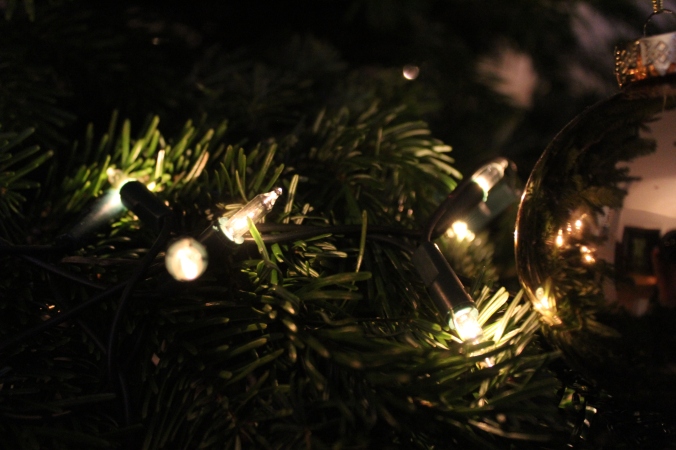