On this day last year we, like so many others, made our way to a St. Patrick’s Day Parade.  We headed into Ennis, late because that’s life with three aged four and under, and raced to catch the tail-end of our County town’s big production.  We had the badges and wore the bits and bobs of green clothes we own.  I even think the small one had a green ribbon in her hair, the penultimate adornment for St. Patrick’s day – second only to the clumps of shamrock pinned to people’s lapels.  It was cold and drizzly and the small ones cried at intervals, bored in-between tractor runs.  We definitely swore never again – making memories is never as easy as the photos portray.  But no doubt there’ll be plenty more parades to come because, in truth, they’re hard to avoid on the day itself.

Except for 2020.  When no parade went ahead.  Not in Ennis, not in Dublin, not in New York.  No river ran green, few buildings were bathed in green light.  There was no mass, no pint, no ‘kiss me I’m Irish’ – no kissing at all in fact, or hugs, or handshakes.  It would appear there isn’t even a whiff of the luck of the Irish around at the moment.  Things are that glum. 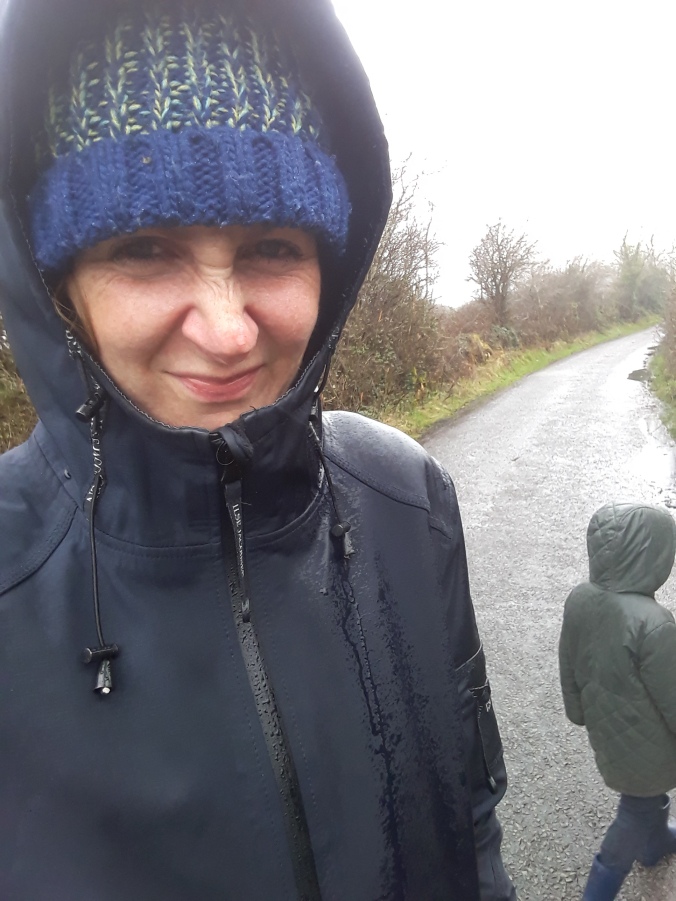 March 12th, my Granny’s birthday, was when the Government announced we were to commence social distancing from one another.  I’ve been thinking of her a lot recently as a wave of homesickness hit me once I realised we won’t be travelling to Cork any time soon.  Being homesick as a 42 year old grown up is tricky.  You’re expected to be gone past that childish stage and you’re aware it’s a fleeting feeling which will be cured with a weekend back home (when I’ll be reminded of why we all don’t live together in a big familial commune – we’d drive each other bonkers!).  But this feeling of homesickness feels so real, a need to be swamped by the familiar, the happy memories, the people you know best and love most.  Surely it’s the most natural reaction to this weird phase of turmoil and uncertainty our world is going through?  It’s my heart reaching out for solace and a return to safety and normality, a return to the fold – an ache that will keep my body on a constant low-level of alert as a small degree of worry has been added into my daily concoction of feelings and emotions.  Brilliant!

A bit of a cure was a long phone chat with my Dad last week.  That got us talking about other threats that hung over our country before – the fear of polio and TB were very real and very serious for so many of the generation gone by.  I was thinking of Granny and all her life saw – the sinking of the Lusitania and the departure of the doomed Titanic all at Cobh in Cork, just a few miles from where she lived.  The 1916 rising, a civil war, the war of independence and World Wars 1 and 2 (her house in Drumcondra shook when a bomb was accidentally dropped in Dublin).  A war in Vietnam, a Cold War, wars in Iraq, in Iran.  The dismantling of communism and fall of the Berlin Wall…  On paper, twenty lifetimes of historic events, and she weathered them all.

So today, St. Patrick’s Day in the time of Covid 19 and an international pandemic, what would Granny do?  Because maybe in our age of anxiety and seeming powerlessness we need to look to those that had so much less and lived through so much more with grace and calm and a bit of a sense of humour.

Firstly, there’d be fags, and plenty of them.  And ongoing tea breaks with kit-kats and weak tea.  She’d be glued to Sky News / RTE News / BBC News, reading every newspaper cover to cover and chatting over the wall to the neighbours for all the news in-between.  I feel she would be a fan of Simon Coveney (a Fine Gaeler from Cork), knock great craic out of watching George Lee’s high-alert reports and be glued to the Boris saga – while being a little put out that mass was cancelled and downright annoyed the soccer fixtures had gone kaput.

And yet, in spite of being up-to-date with all matters Corona Virus related, I can see in my mind’s eye my father and uncles and aunt having to explain to Granny why she shouldn’t leave the house or call to her cousin’s house or stop chatting to walkers passing the house.  She’d throw the eye and pretend to agree with them and end up falling in line due to sheer old age and lack of transport.  But she wouldn’t really believe the hype.  She’d think it was all a bit bonkers, enjoy the drama and sleep well.  She’d soak it up and let it pass over her like so many other major events and crises had.

What else can you do?

This is a sombre St. Patrick’s Day and I won’t be going home for a while.  So I’ll keep digging into the memory trove for perspective and grounding and a few lols.  I won’t take her lead when it comes to ignoring sound advice – and smoking habits either for that matter – but having faith this time will pass and knocking a laugh out of the situation we’re in when I can… that’s the kind of stuff I can definitely do.

It’s a trying time, but me and mine and you and yours have been here before.  And we will hug and work and live and go home and parade again. 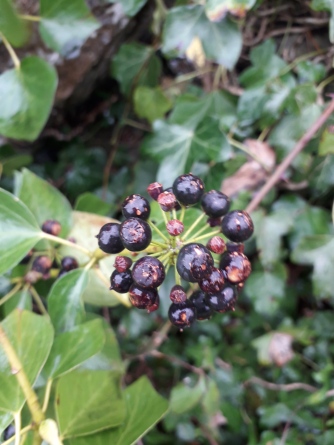 Outside therapy needed by all at the moment, even in the dreary rain it’s very beautiful

4 thoughts on “What Would Granny Do?”